Welcome, to my tour stop for The Skald’s Black Verse by author Jordan Loyal Short.

This epic grimdark fantasy was released on November 6, 2018 but recently underwent a re-release coupled with a brand new cover that is simply breathtaking and really alludes to the blend of sci-fi and fantasy within its pages.

The new version broke out into the world on August 6 this year, so make sure to get your copy on available sites. You can click here to skip to the book’s synopsis and links.

This stop of mine, along with several others, was made possible by the wonderful duo at Storytellers On Tour, so make sure to check out the website and follow the schedule along for more about Jordan’s work.

Jordan’s introduction into his world of prophetic intonements, colonial occupation, and dark shadows meandering in the dark grows amidst a landscape reminiscent of old Norse tales.

In this dark and bloody world, fantasy meets science-fiction seamlessly.

No character is safe from the plundering hands of an author uncaring to pick apart those we let ourselves start to care for, and tense anymosity bubbles up like a pungent witch’s brew on a cauldron.

Amidst all this, one of my favorite things to read about in The Skald’s Black Verse were its magic systems.

As all fantasy, there’s more than one type of magic, but the one I took inspiration from for this post was the magic system used by the “elite”.

The root of this magic system is the animus, something I interpreted to be akin to a soul, a living thing’s essence. Sorcerers (though they are not exactly called that) can trap beings, ensnare their essence through sacrifice, and, by song and intent, raise that essence to become whatever it is they wish it to be.

Even in the other systems of magic exposed in the book, such as the blood magic used by the old Norns, song is a central part of the process, and without it, no magic would be made true.

As someone who loves music (not so much sacrifice, but hey, sometimes you have to find that middle ground), I found this especially fascinating and was excited when such scenes came into play.

As such, I decided to honor that creativity in this post, and pair 5 memorable moments from the The Skald’s Black Verse with music that I feel could be listened to as you read.

Since the magic in the book utilizes chants (and because I’m one of those people who can’t really concentrate when listening to speech with lyrics the same language as the language I’m reading in) I tried focusing on songs that inspired old Norse atmospheres, with little to no lyrics.

Hopefully they’ll take your reading experience of this book to new heights.

Up above, I called this post one that reminisced of memorable moments in The Skald’s Black Verse. Now, memory is a tricky thing. Often, the moments that mark you the most are the ones that haunt you.

The beginning of this book is a powerful, haunting one. It’ll be hard for me to talk memorable moments while keeping rein on possible spoilers, but let’s just say we begin with the themes most prevalent in the book: blood, death, sacrifice.

While considering music that paired well with such a moment, I immediately thought of Wardruna’s Völuspá. You probably have heard it before, on the famous tv show Vikings.

More than being an amazing tune, it speaks of the beginning of an epic piece, the Poetic Edda. As it tells the story of the creation of the world and its prophetic end, I could think of no better song to represent this moment.

The Hidden had promised, he told himself. At no mean price. The invaders would pay. Every one.

2
The Weight of Resolve

“This blood is a bridge, a blade, and a whisper.” so begins the next scene in my highlights, one that was just creepy, gave us another peek of the magic and sinister forces at work, and built up a ghostly atmosphere.

In Norse myth, Gungnir is Odin’s spear, one of his symbols of power and (though open to interpretation) the engine that began a war. Such a legend felt particularly well-adjusted in regards to this scene, which ends in a frightening note of things to come.

We will free our people from bondage and death. A bleak age dawns for those who would rule us.

One scene with Henrik at the High Tavern was especially marking to me because it was the first time we got to see the animus magic at work.

I really enjoyed how this moment set a stepstone moment for the character as well, showing us a new side of him starting to surface. Steady, sure, determined, yet the hint of his humanity still arisen in this simple yet transformative moment.

In the description of their song, Munknörr explain:

“The name Uruz refers to the Ur that was an animal that lived in the past and exceeded the size of a bull, it is a symbol of vitality, strength and masculine vigor.

Also the Uruz rune represents the end of one stage and the beginning of another, transition.

In the Nordic culture there was a ritual that consisted of the fact that when a boy was 15 years old, an Ur had to be hunted to mark the passage from boys to men.“

And I thought that was perfectly well paired with my reading of this moment.

Once had had visualized the sigil, he sounded the note, his voice seeding the rune with the taste of power it needed to transfix the spirit and keep it from crossing to the dead place. In the air before him, the symbol flared to life, painting the room in viridian light.

4
Doomed, but not Alone

By now you’ve probably realized I’m pretty much in love with the Viking’s OST, but oh well, I have no qualms about that.

So this one scene involved Brohr and a particularly dark moment. At this point in the story I had no idea what to expect, as the author had already struck me down with a couple unexpected conclusions and I started to feel no man was safe.

But more than that, it was also a singular moment in the story, in that I was forced to remember that, for all his agency and grand strength, Brohr is but a young man on the edge of teenagehood.

It was easy forget that when he was beating people up and being all berserker, but that’s exactly why I felt this scene was so touching and worked the theme of sacrifice well.

And that macabre comfort tipped him over the edge, and he sobbed, and sobbed, abandoned, doomed, but not alone.

This scene. Hell, this scene.

I swear I don’t have some weird fascination with crying, but there’s something significant about witnessing something that is unyielding, brutal, and bloody show a vulnerable side.

Like this song, this moment is made short by its immensity, by fear. Everything about this scene is frightening, slowly heightened, and terrifyingly sorrowful.

Not saying I cried, but those weren’t raindrops on my cheeks either.

All I’m admitting to is that I couldn’t keep my eyes off my e-reader’s screen, much the same as I can’t get this song out of my mind.

So at last he mustered the courage to look up at the gawking crowd, and there he saw himself and he wept.

When a soldier’s murder sparks rebellion in the tiny village of Skolja, Brohr’s past marks him as the prime suspect. Haunted by his brother’s ghost, and drawn into a web of dark pacts and tangled loyalties, Brohr must choose between the path of vengeance set before him, and a chance to forge his own fate.

From the shadows, an all but extinct race of alien demigods have begun the end game of their millennia-spanning war, and one has chosen Brohr for his closing gambit.

But Brohr’s grandfather harbors a dark secret that will change everything.

Above it all, a dread portent looms in the sky, spelling the death of Brohr’s world. With doom spiraling toward them, Brohr must lead an unlikely rebellion, unearth disturbing family secrets, and tame the raging ghost that haunts him. Can Brohr lead his people out of darkness, or will he succumb to his own terrifying bloodlust, and destroy the very people he has sworn to save?

Jordan Loyal Short is a debut author of epic fantasy. His first novel, The Skald’s Black Verse, is a dark and beautiful story about families, cultures, and beliefs at war with themselves.

The protagonist, Brohr, must navigate the tangled loyalties and unforgiving biases of a planet conquered by invaders from another world. Using black magic, and the bizarre bond he shares with his stillborn brother’s spirit, Brohr unravels the truth about himself and an eon spanning war that has reached its end game.

Jordan has worked in a variety of industries, as a waiter, bartender, copywriter and more. He lives in Washington state with his wife where he is currently daydreaming about the end of the world. 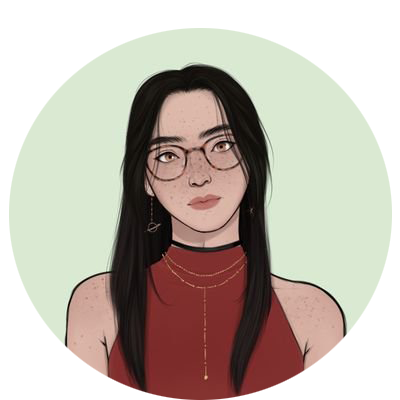 Hi, I'm Arina, SFF book blogger devoted to inclusive lit, self-published voices, and amazing reads. I'd probably gush about Naruto for an hour, if prompted. Still waiting for my chance to break it as a xenolinguist....

The Bookwyrm's Guide to the Galaxy 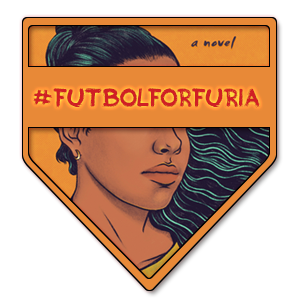